Hi all, Molly here. Sorry, there’s no page today – I’ve been too distraught over the results of the election to focus on art this week. I’m still coming to terms with what we’re facing for the next four years. I’m worried about my civil rights as a gay woman under Trump and Pence, but I’m frankly terrified for other, more vulnerable people.

This is a comic about trying to do good, about how it’s hard and slow and complicated and also the most important thing. I’m still coming to terms with the fact that many (not all, not even half, I have to believe) Americans do not want our country to be the diverse and welcoming place I envision it to be.

Also, I’m angry, and I’m ready to fight for that vision. If you feel similarly and have the financial ability, below is a list of charities who we believe are doing important work. I’m also selling a limited amount of commissions – for $100 I’ll draw 1 – 2 characters from this comic for you, your choice, and donate that money to one of the charities below. I’ll ship the finished drawing to you if you live in North America. Buy a commission here.

update: dang, guys, we raised $1,300 for charity in a very short time. I don’t have time for more commissions at the moment but I’d like to keep this as a recurring thing, so there will be more chances. Thank you all so much for your generosity and the very kind emails we’ve been getting all morning.

Charities we are supporting (updated):

Planned Parenthood provides critical health care for women and others

The Council on American-Islamic Relations advocates for Muslims in the U.S. and fights Islamophobia

The Human Rights Campaign fights for equality for all LGBTQ+ people

The Rape, Abuse & Incest National Network is a resource for survivors of sexual assault

Hey gang, Brennan here. I have very little to add, given how clearly and powerfully Molly articulated our thoughts above (she’s a genius and one of the best and kindest humans on this dang planet, but you guys already knew that). I rarely comment here on the site, or in general, as I feel like you guys are already being awfully nice by reading as many of my words as you do. The only thing I wanted to add was that, if you’re reading this right now, wherever you are, whoever you are, to please know that we love you, and that we want you safe and happy and whole. That’s all. We make this comic out of love, and you are all a part of that love, and always will be.

Thank you for reading, be safe, and please be kind to each other. 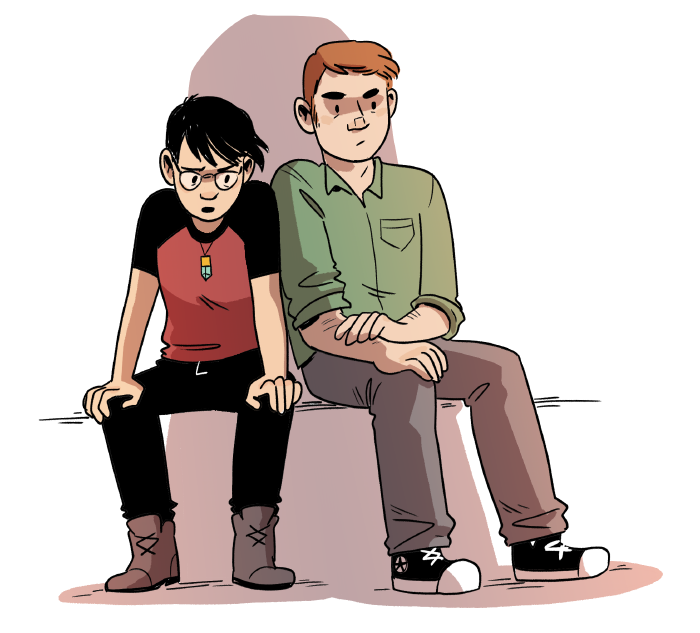