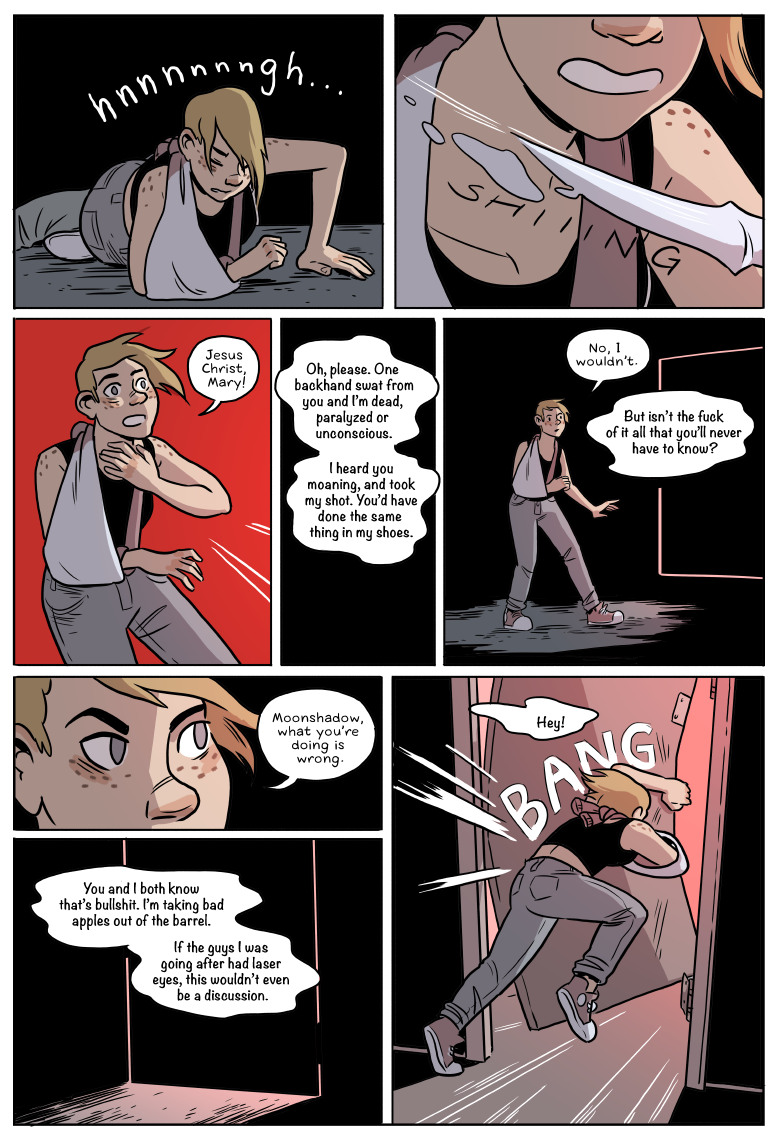 We’re having a sale for all of August! Books and shirts are 25% off, and we have bulk rates for books as well. We’re planning a second print run for Book One, which means it’ll be in more stores for more people to discover. This is a great way to help us make the second printing happen, and to get a first edition of the book before they’re all gone!