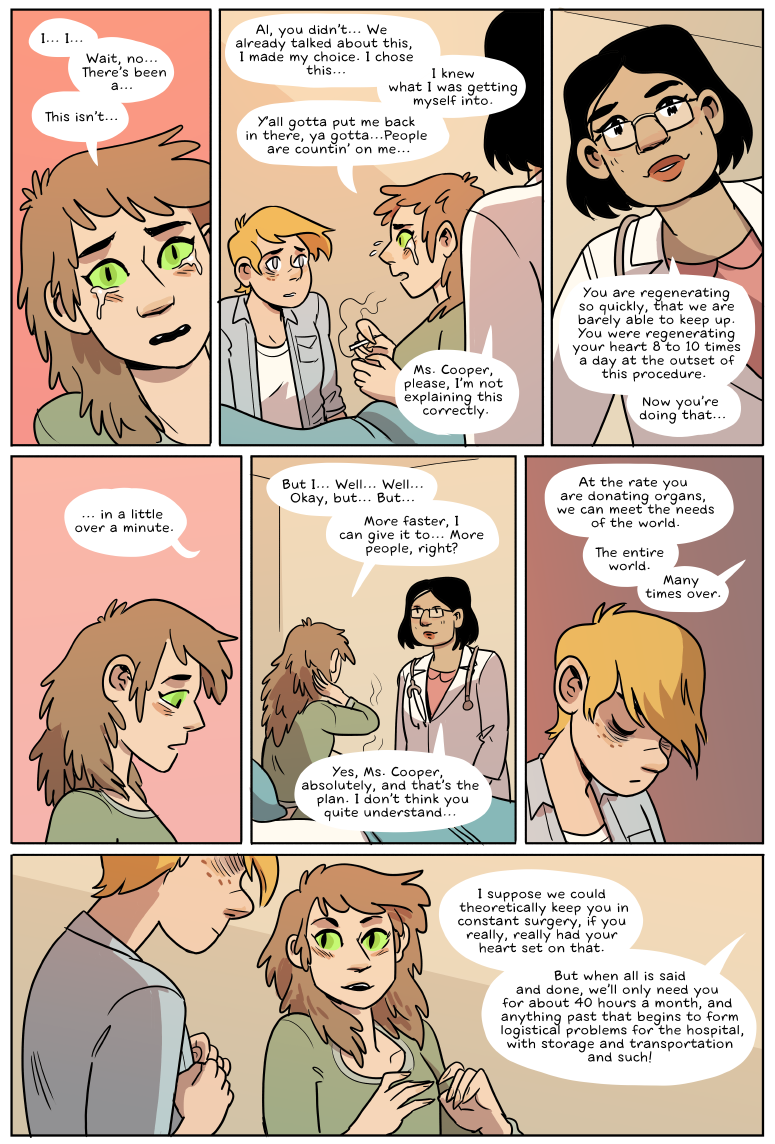 Hi guys! By popular request, we added a Cast page and updated our About page, links at the top of the site! Unfortunately something went wrong when the site updated and comments from the last two updates were deleted – sorry about that, we’ll try to recover them if possible. Enjoy the updates!