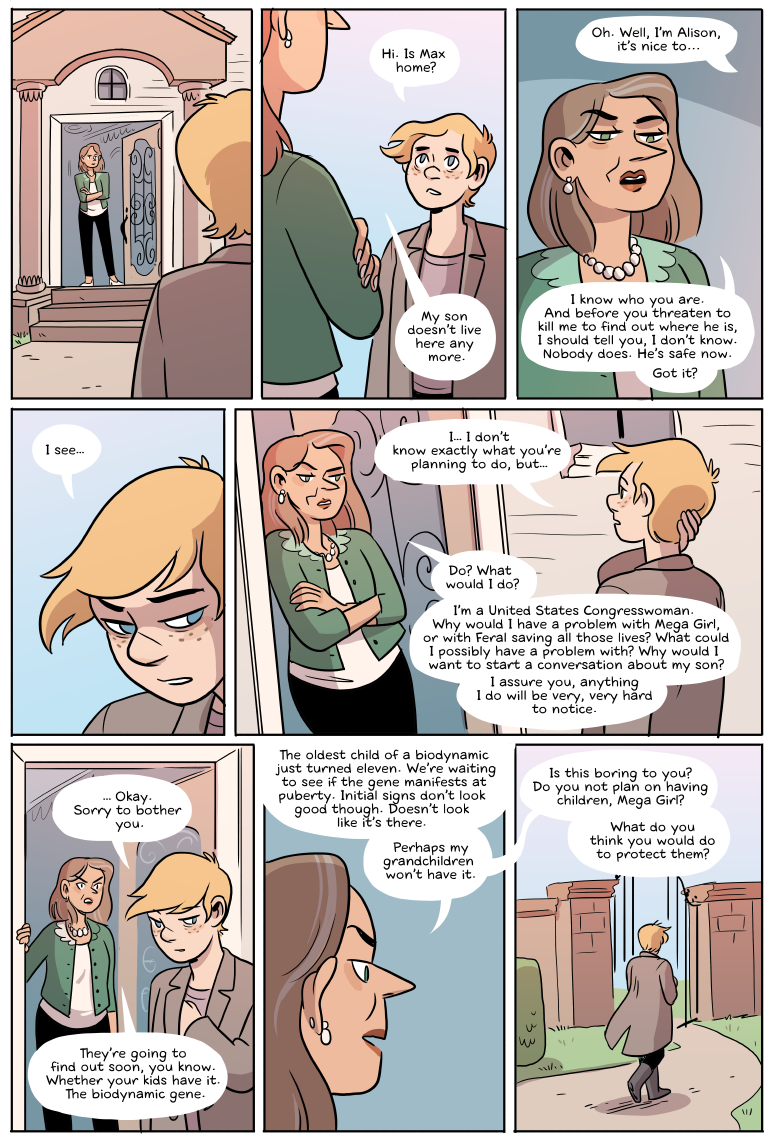 We get many emails on this topic, so I wanted to let you all know that we’ll be running a Kickstarter to print the second volume of this comic soon! It’ll be chapters 5 and 6, full color, and over 300 pages. I’m really excited about the fun rewards and merch we’re planning. Watch this space for when we have an exact launch date, and thanks for reading!